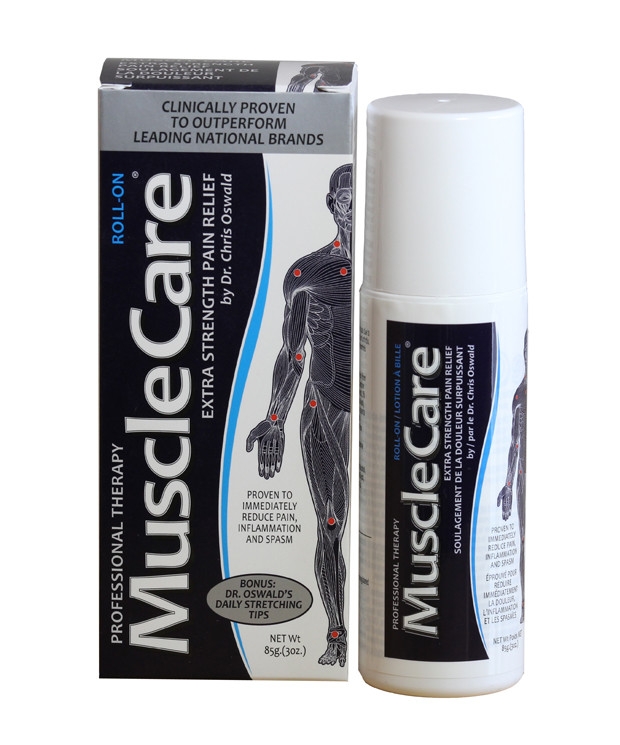 Data from a recent University of Toronto study has found that MuscleCare all-natural topical product is as effective as those containing non-steroidal anti-inflammatory drug (NSAIDs). A recent double-blind study also revealed that all- natural Professional Therapy MuscleCare is marginally more effective than Voltaren, which contains Diclofenac NSAID.

The study was conducted by Ryan Siess and Jack Goodman from the faculty of Kinesiology and physical education at the University of Toronto. The rise in incidents of chronic pain resulted in the emergence of several non-prescription topical medications, but there has been little scientific proof of their efficacy, the study authors said.

“The purpose of this study was to determine the difference between MuscleCare, and all-natural topical pain relief ointment, and Voltaren, which contains Diclofenac,” the study said.

“Baseline measurements of PPT (pain pressure threshold) and a visual analog scale (VAS) were assessed by a blinded investigator with the use of a pressure algometer. A second investigator, blinded to all PPT measurements, applied one of 5 active topical preparations or a placebo, which were all placed in identical containers. Approximately 10 minutes after the application of the pain relief preparations or placebo the PPT and VAS were re-assessed. Data were analyzed using paired T-tests and repeated measures ANOVA using Statistical Package for the Social Sciences,” the U of T study said.

According the results of the study, although MuscleCare was “not significantly better at increasing PPT than Voltaren, it was the only formula to show an increase in PPT from baseline treatment.”

The study added that the all-natural alternative MuscleCare has also proven to be safe to use during pregnancy and lactation.

“MuscleCare is as effective as Voltaren at relieving local tenderness in muscles, but it does not use a non-steroidal anti-inflammatory drug,” said Dr. Howard Vernon, a chiropractor and an international authority in musculoskeletal research.