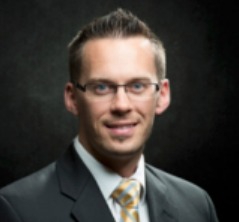 One of the rising stars of functional neurology has been announced as a key speaker at next year’s WFC Congress / ECU Convention in Athens titled, The Alpha and Omega of Spinal Healthcare.

Dr. Matthew Antonucci is a 2009 graduate of Life University. His natural curiosity in the neurophysiological mechanisms of chiropractic spinal manipulation has led him to work extensively with the Carrick Institute of Graduate Studies, sponsor of his lecture and workshops in Athens. Having amassed nearly 4,000 hours of postgraduate study in functional neurology, Antonucci’s particular interest is in traumatic brain injury and vestibular rehabilitation.

Antonucci is the founder and former CEO of NeuroLogic Integrated Health Inc, a functional neurology, nutrition and rehabilitation centre located in Charleston, South Carolina. He will be presenting a one-day pre-Congress Introduction to Functional Neurology, and a lecture and workshop on the subject of applying neuroscience to clinical practice in the main Congress program.

Also presenting on the first day of the Congress will be professor Paul Hodges a researcher in the School of Health and Rehabilitation at the University of Queensland. With nearly 400 publications to his name, Hodges is one of the world’s leading researchers in the field of neuroplasticity. With doctorates in medicine and science, he is the editor of the acclaimed text Spinal Control: The Rehabilitation of Back Pain, and the author of numerous book chapters. His current work includes neuromotor control of movement and stability and the integration of neuroscience and biomechanics.

Neurophysiologist and chiropractor Dr. Heidi Haavik will present her work on the neuromatrix as it relates to chiropractic adjustment and dysfunctional spinal segments. Haavik is the director of research at the New Zealand College of Chiropractic and is a member of the WFC Research Council. She is also on the editorial board of the Journal of Manipulative and Physiological Therapeutics and is the author of The Reality Check, a book dedicated to exploring the effects of chiropractic adjustments on the brain and nervous system.

President of the World Federation, Dr. Greg Stewart, commented on the presence of a session dedicated to neurological dimensions in chiropractic: “Much of the work being presented at our Athens Congress is truly at the cutting edge of research into the effects of chiropractic care. There has been an increasing focus on neurology as it relates to why chiropractic treatment works and the quality of the speakers during this session is second to none.”

The WFC Congress / ECU Convention, with Activator Methods and Foot Levelers as the leading sponsors, takes place at the Athens Hilton Hotel in Greece between 13 and 16 May 2015. For more information and to register, visit www.wfc.org/congress2015.