Features Business Management
Business Talk: Is your heart in it?

Understanding the state of flow in practic 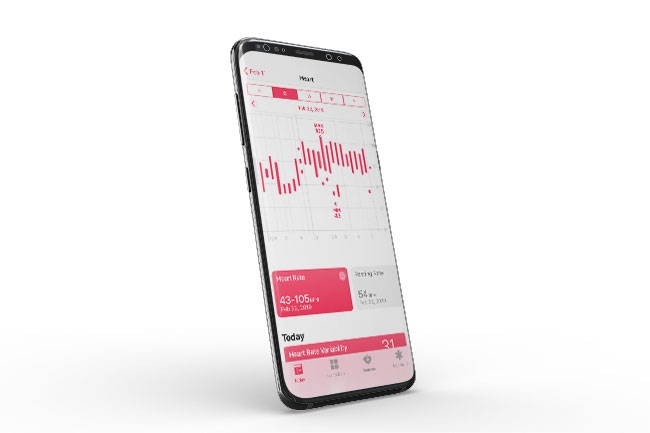 Two months ago I decided to purchase an Apple watch to help with front-end communication and patient flow in my practice – whenever I need a patient in a room I can easily tap my watch to send a canned message to my front desk indicating which room I’d like to see the next patient. This has totally eliminated my need to use my smartphone to text the same request.

As I learned the features of my newest piece of tech, I quickly utilized the “Health” option on the watch, which tracked my heart rate throughout the day. In general, I noticed my heart rate while I was sleeping was in the 50 bpm range, while my waking resting heart rate was in the 60s. One day I decided to look back at an entire month and it was really intriguing: I realized that while at work, once or twice per day my heart rate had dropped into the low or mid 40 bpm range. The interesting part was that these lower readings ONLY happened while I was at work during times where I was performing soft tissue/myofascial release on a patient, and would last three to four minutes at a time.

This was not a pathology, but rather what Christopher Berland from Psychology Today called a “psychophysiological response” to focus on an activity or movement that puts you in the state of blissful focus. Historically this has been routinely described by athletes as the “state of flow” or is more commonly known as “being in the zone.” Excitingly, I shared this information with my wife and she asked me if I could try to be “in the zone” while I did the laundry, or took out the garbage. So to answer her question, I read more on the subject.

Berland stated that the evidence suggested a correlation between parasympathetic engagement of the vagus nerve and a down-regulation of the sympathetic nervous system. This created a “flow” away from a sympathetic tone toward a more dominant parasympathetic state. The article went on to say that flow tends to occur when you find the “sweet spot” – where your skill level perfectly matches the challenge of your activity. In 1975, scientist and author, Mihaly Csikszentmihalyi coined the term “flow” in his published work Beyond Boredom and Anxiety: Experiencing Flow in Work and Play. In a 1995 paper, Dr. Peter Lang postulated that being “in the zone” was the optimal combination of excitement and serenity – or, the perfect integration of concurrent parasympathetic/sympathetic function.

Similarly, in 2014, Corinna Peifer et al. found that a co-activation of both branches of the autonomic nervous system appeared to facilitate task-related flow. They surmised that the association of flow with increased parasympathetic activation suggested a decrease of the cognitive workload when being in “the zone.”

This means that when I’m doing the laundry or taking out the trash, I have to consciously focus on these tasks because if I don’t, I’ll mix the wrong colours or I won’t properly sort the recyclables. But, when I’m in clinic performing soft tissue release on the glenohumeral capsule, I’m exercising unconscious competence, where excitement and serenity combine to allow me to enter the state of flow – where my body and mind are in perfect integration.

In retrospect, I believe this metric can be used to evaluate one’s love for their work. If we look at Csikszentmihalyi’s continuum, flow falls in between “arousal” and “control” but it is just beyond “anxiety” and “boredom.” If your work makes you anxious or bored then you won’t be able to achieve a state of flow and your patients will be able to pick up on it, too.

After studying and coming to understand the state of flow research, I could not help but wonder if we choose the profession, or if the profession chooses us.

ANTHONY  LOMBARDI, DC, is  a  private  consultant  to  athletes  in  the  NFL,  CFL  and  NHL,  and  founder of the Hamilton Back Clinic, a multidisciplinary clinic. He teaches his fundamental EXSTORE Assessment System and practice building workshops to various health professionals. For more information, visit exstore.ca.
Print this page