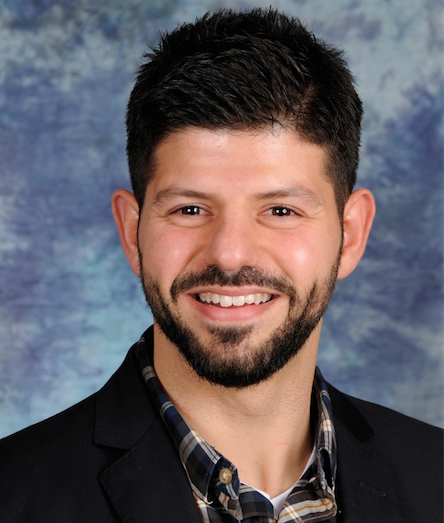 The show, called Doctor Pain, will be hosted by Nalli and will feature expert interviews and discussions about various aspects and symptoms related to pain. According to data from the Canadian Pain Society, about one in five Canadian adults suffer from chronic pain.

“Pain is probably the least understood symptom by health-care professionals,” said Nalli, who was a 2014 recipient of the Ontario Chiropractic Association’s Recent Graduate Award. “With a media outlet like TV, you can reach a much larger population and give them the right knowledge, because pain is so poorly understood.”

“I found a lot of interest in the things that (Luigi) was doing and the things that he was growing more and more enthusiastic about. I actually found myself learning a great deal,” said Anthony, who previously worked as a paramedic before venturing into television.

Through the show, the Nalli brothers want to educate the average people about pain and the different aspects of health and health care associated with this common condition. “I think that kind of information is very interesting and very useful… so how do we give it to people in a way that is entertaining, in a way that they will accept and welcome and absorb.”

Doctor Pain targets the more youthful demographic, 26 to 45 years old. According to a press release, the 30-year-old chiropractor host will be “presented as not only a knowledgeable professional but also a cool motorcycle enthusiast and adventurous young family man well in-tune with the lifestyle and needs of the young and not-so-young alike.”

“One of the things I was doing largely to help grow my practice was a lot of outreach stuff,” Luigi noted. “I was basically getting in front of people and sharing my knowledge and I found that was really what got people in the door. Give someone really good information, something that we’re very well trained on, and the people tend to come in.”

Luigi’s interest in talking to people is what attracted him to consider participating in the TV show. In addition to helping people understand and make sense of pain, the Toronto DC also believes this endeavor can help raise the profile of the chiropractic profession in the public eye and help educate them about what chiropractic is really about.

He said people often ask him how chiropractic is different from physiotherapy or massage therapy. And the difference, Luigi said, is the body of knowledge in terms of differential diagnosis of pain disorders.

“That is where I would like to raise awareness of the public for the profession – that chiropractors may be the best practitioners out there to answer your pain-based questions,” Luigi said.

Doctor Pain will be a half-hour show, covering two or three topics and different subject matter experts each episode.

The show is currently in pre-production with principal shooting targeted for next spring and summer. Anthony said his team aims to launch the new series by end of next year, airing across Canada on Bell TV and in the U.S. on PBS. The series will also be available on iTunes.


Related
Chiropractic care for back pain tied to lower odds of opioid use
A warning from a doctor (MD, PhD) who has done thousands of steroid injections for arthritis
U.S. National Pain Foundation to develop global database for pain management
Pain