November 22, 2019By University of Virginia 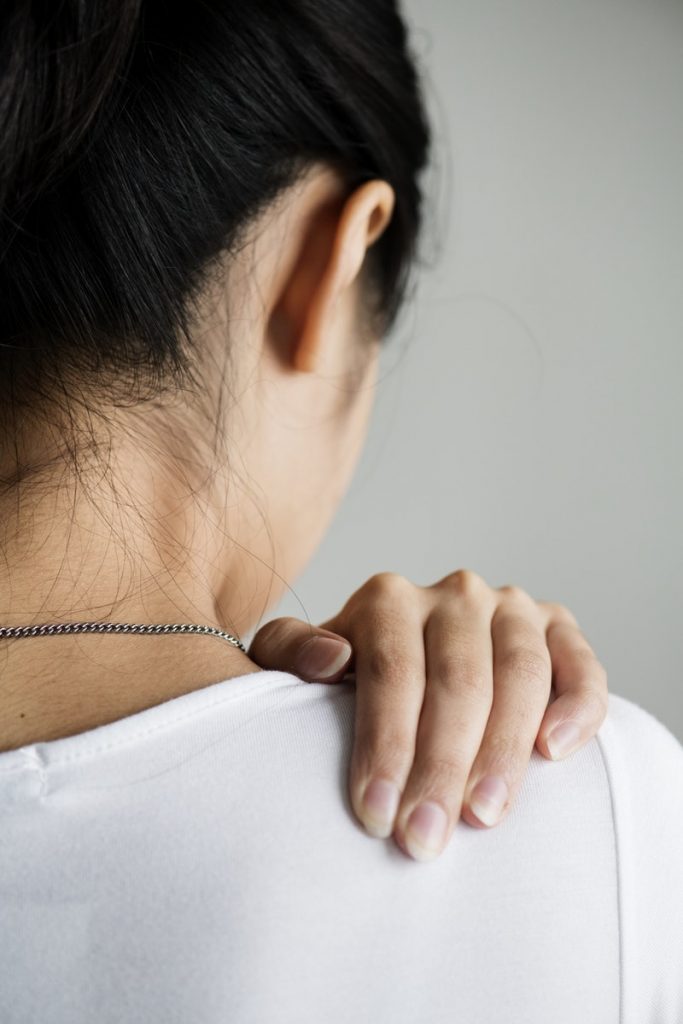 Pain is a mosaic. From a distance, it looks like one big “ouch.” But if you step closer, many types of pain — like tiles of different shades — emerge. A headache doesn’t feel like a papercut. The sting of denim against a sunburn is nothing like the jolt of ice against a sensitive tooth.

Pain relievers are equally diverse. By interacting with different parts of the nervous system, they treat some pains better than others. West Virginia University researcher Shane Kaski is investigating whether an anti-itch medication that targets a specific part of our nerve cells can make morphine — which targets a different part — more effective. His findings suggest it can.

If he’s right, doctors may be able to prescribe lower doses of morphine by supplementing it with the drug, called nalfurafine, and still soothe their patients’ pain.

Morphine is a classic, widely used opioid. Using less of it could mean fewer morphine-related side effects — such as constipation and nausea — and a lower risk of addiction.

“Right now there’s a lot of work looking for replacements for opioids, for obvious reasons,” said Kaski, a graduate student in the School of Medicine’s M.D./Ph.D. program. “Maybe nalfurafine is not so great as a replacement on its own, but maybe it does enough that we could put it together with other opioids and get this dose-sparing effect.”

In his study, which the National Institute of Drug Abuse funded, Kaski used animal models to test how well morphine treated pain on its own and in combination with nalfurafine. He administered the drugs in different amounts to determine which relieved the most pain at the lowest dose. Then he compared each regimen’s effectiveness as a pain reliever.

He discovered that using a small supplement of nalfurafine alongside a lower dose of morphine reduced pain as dramatically as using a large dose of morphine alone. His findings appeared in the Journal of Pharmacology and Experimental Therapeutics.

“It’s possible that you just need a tiny smidgen of nalfurafine with a smidgen of this other addictive drug to get the equivalent pain relief from a larger dose of your addictive drug,” he said. “That’s what we’re seeing in our early work. That’s the promise that we saw.”

If future studies — including eventual clinical trials — affirm Kaski’s results, then doctors may be able to combat the opioid epidemic by prescribing nalfurafine as a supplemental painkiller. That’s especially significant for West Virginia, which leads the nation in opioid-related deaths, according to NIDA.

“Shane’s demonstration of the anti-addictive and dose-sparing effects of nalfurafine will end up rescuing opioid painkillers from the dustbin of pharmacology, turning the tide against avoiding opioid prescriptions that greatly relieve pain but led to the present opioid crisis in West Virginia and the Appalachian region,” said David Siderovski, professor of pharmacology in the School of Medicine.

Opioids: Unlikely weapons in the fight against opioid addiction

“That might sound weird,” Kaski said. “Why are you going to use another opioid on top of morphine? It comes down to the specifics of the biology of opioid receptors.”

Opioid receptors are like assigned parking spaces on the surface of a nerve cell. Certain molecules — but not others — can “park” in them. From there, the molecules can amplify or inhibit the nerve cell’s activity.

Like other traditional opioids, morphine parks in the mu receptor, where it quiets the nerve’s pain signal. It also activates the brain’s reward circuit.

On a simple level, “if something feels good, it increases dopamine in the right circuits and motivates you to do that thing more often,” he said. “The mu opioid receptor does that.”

The problem is, those surges of dopamine make classic opioids — like morphine, oxycodone and codeine — addictive.

Nalfurafine is unusual. Even though it’s an opioid, it doesn’t have a permit to park in mu. Instead it parks in the kappa receptor. Once it does, it alleviates pain while also “putting the brakes on” the reward circuit that can lead to addiction, Kaski said.

But muting those dopamine swells can cause an unpleasant side effect: dysphoria, the opposite of euphoria.

“Opioid pain relievers, at least in the short term, produce euphoria in many — but not all — people. However, with long-term use, opioid pain medications can change the levels of important brain molecules, including those that regulate mood,” said Vincent Setola, an assistant professor of neuroscience, physiology and pharmacology, and behavioral medicine and psychiatry. He and Siderovski are mentors to Kaski.

For decades, physicians and researchers alike believed drugs that targeted the kappa opioid receptor weren’t worthwhile because they could extinguish happiness. Yes, they relieved pain, but they were distressing, causing anxiety and even symptoms of psychosis at high doses.

“The reason we thought this could still be something worth trying is nalfurafine itself,” Kaski said. “This drug is apparently one that doesn’t cause dysphoria as much. It’s actually used in humans in Japan to treat itching related to renal failure. It’s used for itch because it’s very good at alleviating that type of pain, but it’s also good at relieving other kinds of pain.”

Kaski wanted to pin down the effect that the nalfurafine/morphine combination had on the animal models’ disposition. When nalfurafine was given on its own, the drug did seem to trigger dysphoria in the animals, but when it was coupled with morphine, the dysphoria disappeared.

In fact, administering nalfurafine alongside morphine had a beneficial emotional effect. It neutralized the rewarding effects of morphine — which, on its own, was very rewarding to the animals. This effect might make morphine less addictive.

And according to Setola, ongoing studies show that nalfurafine has similar dose-sparing and anti-rewarding effects on oxycodone, “another commonly used — and addiction-fraught — opioid pain medication.”

“You have to go several layers deep before you realize this isn’t as bad of an idea as it looks on the surface,” Kaski said. “If you’ve been around for a while, you’re like, ‘They’ve tried that a bunch. Why are you doing that?’ But we’re making incremental progress. We tried this new drug. There’s so much work in pharmaceuticals that we went for it, and it looks like there might be something there.”

Materials provided by West Virginia University. Note: Content may be edited for style and length.