News
Oxycodone prescribing down, but deaths from opioids overall on rise: experts 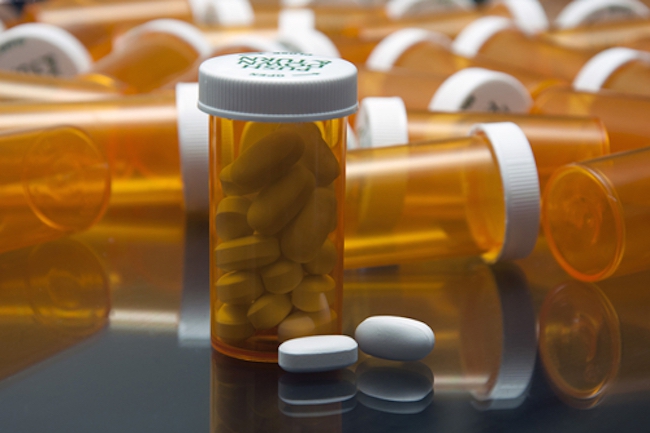 Measures to reduce prescribing of oxycodone have cut the number of fatal overdoses in Ontario, but other opioids are increasingly taking its place and contributing to a rise in drug-related deaths, addiction experts say.

In a commentary in the journal Pain Physician, researchers at the Centre for Addiction and Mental Health in Toronto say prescriptions for drugs like hydromorphone and fentanyl patches have risen since steps to curb oxycodone use were first introduced a few years ago.

Those steps include the manufacturer in 2010 replacing Oxycontin with OxyNeo, a tamper-resistant version meant to prevent the pill from being crushed so it could be snorted or injected, and the Ontario government’s decision in 2012 not to cover the cost of the new formulation under its public drug plan. That year, the province also brought in a program to monitor doctors’ narcotics prescribing patterns.

Media attention on the potential harms linked to oxycodone – addiction, diversion for non-medical drug abuse and fatal overdose – also appear to have changed social awareness and led to fewer doctors authorizing the drug for patients, the researchers write.

Yet Benedikt Fischer, a senior scientist at CAMH who co-authored the commentary, said that despite a reduction in overall prescribing levels of opioids, overdose deaths in Ontario continue to escalate.

“A substantive amount of the reductions in Oxycontin prescribing were compensated by substantive increases in the prescribing of other strong opioids, primarily fentanyl and hydromorphone,” Fischer said.

“So we have what we refer to as a partial substitution effect. The other interesting thing is that despite all these interventions, the number of opioid-related deaths in Ontario keeps on rising.”

“The measures focusing specifically on Oxycontin, which often has been portrayed as the one and only scapegoat of the opioid problem, had some effect in reducing prescribing and deaths,” Fischer said. “But we have many other strong opioids… and deaths from these other drugs kept pushing the death numbers even further than they were before.”

Opioid addiction and related overdose deaths are being driven by excessive prescribing – “too many drugs to too many people, in too high doses,” he said. There is a need for more comprehensive strategies that don’t target only one medication but over-prescribing of opioids in general.

That doesn’t mean eliminating these narcotics, said Fischer. There are patients who need them, such as those experiencing severe cancer-related pain.

Dr. David Juurlink, head of clinical pharmacology and toxicology at Sunnybrook Health Sciences Centre in Toronto, agreed that trying to put the brakes on the prescribing of a single opioid won’t solve the problems associated with the drugs because of the “substitution effect.”

“If meaningful reductions in opioid-related harms are to take place, we’re going to have to address prescribing of all of these drugs,” said Juurlink, noting that thousands of North Americans die each year from overdoses.

On Friday, Health Canada announced it is reviewing the prescription-only status of naloxone, or Narcan, which is given by injection to counteract an overdose of heroin or another opioid.

Juurlink welcomed the idea of making naloxone readily available because it can save lives in some cases – if someone is there to quickly administer the drug, call an ambulance and get the person to hospital.

But that’s not the case for most prescription opioid overdoses, he said.

“They go to sleep in bed or on the couch and they’ve taken more medicine than they should have… and they just don’t wake up,” he said. “Naloxone won’t save those people.”

Fischer agreed that making the antidote drug more accessible will not solve the problem of fatal overdoses or other adverse effects from opioids.

He likened it to having a highway with “crazy curves” where drivers continually crash and die. But instead of rebuilding the section of highway to make it safer, “you build a hospital at that place so you can take care of people after.”

“It’s an after-the-fact Band-Aid kind of thing… From a public-health point of view, naloxone is not the solution.”