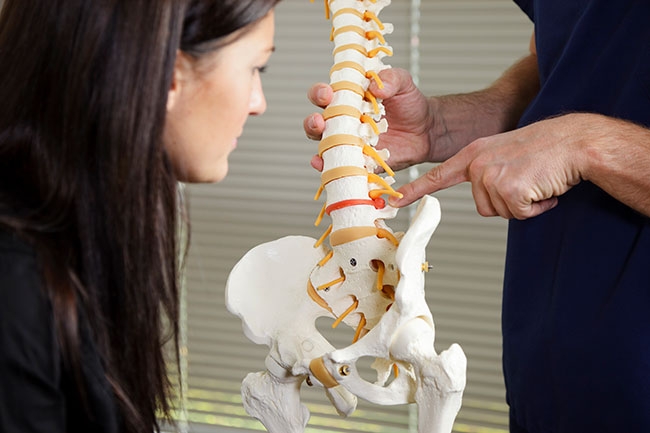 As patients start to feel better from their treatments, they become more receptive about chiropractic and how it truly helps patients. Photo: Getty Images

Chiropractic patient communication has been a serious problem over the years and it has caused a lot of issues in not only driving more people to chiropractic offices, but also getting the population as a whole to accept and understand our profession.

How is that even possible after 122 years? How can it be that we have such a powerfully effective non-surgical treatment with research to back it up, yet nearly everyone in our community chooses health-care options other than chiropractic?

Although this is a very complex issue and one that has several factors that contribute to it, one of the leading factors is our use of ineffective and antiquated patient communication techniques. The fact of the matter is, our message simply doesn’t resonate with the population as a whole. If it did, we’d continue to see a rise in the statistics of people going to a chiropractor. Sadly, we continue to be stuck in the bear trap of seven per cent.

Time for change
If we don’t change the way we tell our story, we’ll never resonate with the people we want to serve and we will continue to only see seven per cent of the population for another 122 years.

So, I’m going to reveal to you how I was able to develop a highly successful chain of clinics and what I teach my chiropractic coaching clients that allow them to quickly develop thriving clinics.

I teach them a technique that is predicated on, “Give them what they want; sell them on what they need.”

As we all know, people function on the model of, “I have pain. Remove my pain.” This is not new to us.  We all know this to be true and agree that this isn’t the right approach to dealing with one’s health. As such, chiropractors attempt to teach the population to think differently.  We teach them the chiropractic paradigm of health.

That is to say, in order to stay healthy, fight disease and recover from injury, the body needs to function at its optimal level. Anything less will place people in a vulnerable state.

Problem is, this is not what the population wants to hear and if you don’t give them what they want, they won’t buy into what you’re selling.

However, if you modify your message you’ll reach your end goal as a doctor and create raving fans of chiropractic.

Let me put this into perspective. Think about an individual wanting to go to the gym with the sole intention of looking good. However, when she goes to a gym to sign up for a membership, the trainer explains this isn’t what his gym is about. So he tries to sell her on the health aspects of working out even though all she wants is to lose weight, look good on the beach, and fit into her old jeans. Yet despite her wants, he continues with his beliefs and insists on why his approach is the better approach.

So what does she do? She leaves that gym for another where they’ll listen to her and give her what she wants. Why? Because their message aligns with her wants.

We all know that when we go to the gym and eat healthy, we’ll look better, feel better and become healthier. Regardless of how the trainer articulates his message (i.e. sales pitch), the end result will be the same. However, one communication approach will convert, while the other won’t.

For the second personal trainer, he wins over that new client because he tells her that he’ll help her look better. So he puts her on a work out routine of three days a week, gives her a specific diet, gives her a sleep schedule etc.

Over time, she sees her body transform. She’s looking leaner, her waistline is getting tighter, she can fit into that old pair of jeans. At the same time, she experiences more energy, greater strength, less pains and all the other benefits of having a health body.

Again, one approach resonated, the other didn’t. One turned that potential client into a new client, whereas the other one didn’t, and yet both personal trainers would have reached the same outcome.

Furthermore, while that client is experiencing these amazing changes, the trainer begins to drip feed her with information about the true importance of working out.

At this stage, the client is ecstatic with the physical changes that she has made thus far. As a result, her walls have dropped and she becomes more accepting of his message about the true benefits of working out.  So continuing with the psychology of persuasion, the trainer drip feeds her with tidbits of “workout” information so that she’ll truly understand that the gym provides a more important role in one’s health other than just aesthetics.

He doesn’t continuously bombard her with the true meaning of working out where it becomes “salesy” and irritating. Instead, periodically gives her information in bite sized digestible pieces so that she’ll understand and retain this important information.

Now over the course of her program and educational process, the client becomes loyal to the gym and when she tells others about it, you can bet that the message will be accurate and when they come to that gym, not only will they sign up for his training, but they’ll also be very compliant to his program.

Whereas the initial trainer is sticking to his guns and losing potential clients, the other trainer understands the psychology and has a thriving gym with well-educated ideal clients.

If a potential patient comes into your office with back pain and wants it to be removed, try not to say, “I don’t treat symptoms. I remove subluxations.” The last thing they want to hear when they want their pain removed is, “We don’t remove your pain.” Instead, tell them that you can help with their back pain.

It’s not about “selling out,” it’s about making your message resonate so they’ll undergo your care.

Again, it doesn’t matter whether they understand your treatment as directly remedying their pain or indirectly by optimizing their health by removing subluxations, because the result is all the same. The adjustments ultimately remove their back pain.

Much like the gym member, as your patient starts experiencing pain relief from your adjustments, they’ll be more receptive to your message regarding the true meaning of chiropractic.

If you start to teach them about chiropractic prior to addressing their needs, it’ll simply fall on deaf ears because it simply doesn’t fall within their understanding of health care. Again, they’ve been indoctrinated with the medical approach and when you try to change what’s familiar to them, just like any change, it will be met with resistance.

However, when you then show proof of concept, they will be open to your message and spread it enthusiastically and accurately to the rest of the community.

The end result is that your community will have a greater understanding and acceptance of chiropractic.  Thereby allowing chiropractic to escape the bear trap and enjoy seeing a greater percentage of the population.

Furthermore, you’ll become what I term a “93 per center” chiropractor. That’s to say, you’ll now start to see that 93 per cent of the population that would have otherwise not have gone to a chiropractor.

Dr. Richard Avery is the host of the Crush’n It Chiropractic Podcast and is known as the chiropractic niche coach. He specializes in getting his clients to stand out from the crowd and creating highly profitable niche chiropractic clinics. You can reach him through his website www.ChiropracticNicheCoach.com
Print this page