May 25, 2015By Canadian Chiropractor staff 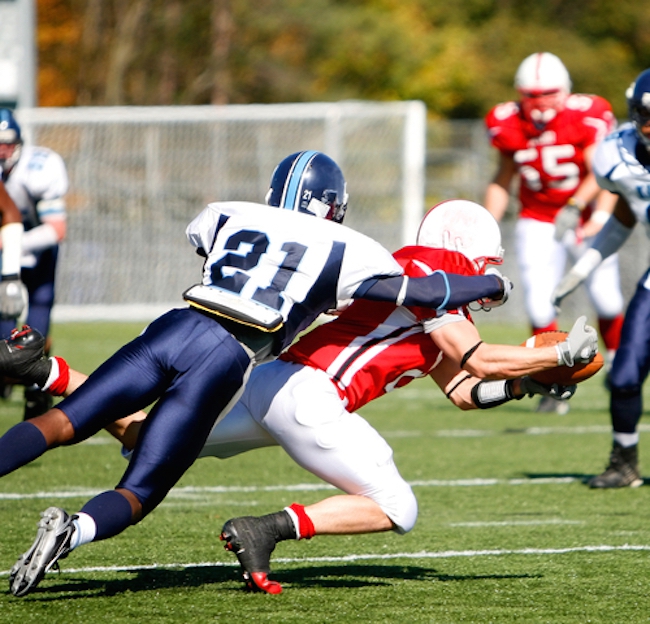 In the first study of its kind, former National Football League (NFL) players who lost consciousness due to concussion during their playing days showed key differences in brain structure later in life. The hippocampus, a part of the brain involved in memory, was found to be smaller in 28 former NFL players as compared with a control group of men of similar age and education.

The findings were reported in the latest edition of JAMA Neurology, and they represent the first study to compare the relationship between hippocampal volume, memory performance, and concussion severity.

The study was conducted by a team of neurologists and neuropsychologists from UT Southwestern Medical Center and the Center for BrainHealth at UT Dallas.

“This is a preliminary study, and there is much more to be learned in the area of concussion and cognitive aging,” said Dr. Munro Cullum, professor of psychiatry and neurology and neurotherapeutics at UT Southwestern, a co-author of the study.

Some of the retired NFL players also met criteria for Mild Cognitive Impairment (MCI), a condition that typically affects memory and may lead to dementia. The findings were more pronounced among those who experienced more severe concussions.

The former players ranged from 36 to 79 years old, with a mean age of 58. Twenty-one healthy men of similar age, educational level, and intelligence with no history of concussion or professional football experience served as control subjects.

The results do not explain why the hippocampus was smaller in the athletes who suffered more serious concussions. Some shrinkage is a part of the normal aging process but the reduction is accentuated in MCI and was even more notable in those MCI subjects with a history of concussion accompanied by loss of consciousness. Thus, there appears to be a cumulative effect of concussion history and MCI on hippocampal size and function.

The study was funded by The BrainHealth Institute for Athletes at UT Dallas and UT Southwestern’s Texas Institute for Brain Injury and Repair. Founded in 2014, TIBIR embodies a comprehensive and transformative approach to how brain injuries are prevented and treated.

TIBIR is a state-funded initiative to promote innovative research and education, with the goals of accelerating translation into better diagnosis and improving care for the millions of people who suffer brain injuries each year.

Relying on UT Southwestern’s strengths in basic and translational research, the Institute includes scientists focused on improving the understanding of brain damage at the molecular and cellular level, as well as those seeking to identify new therapeutic opportunities, which could ultimately be delivered in clinical care settings.