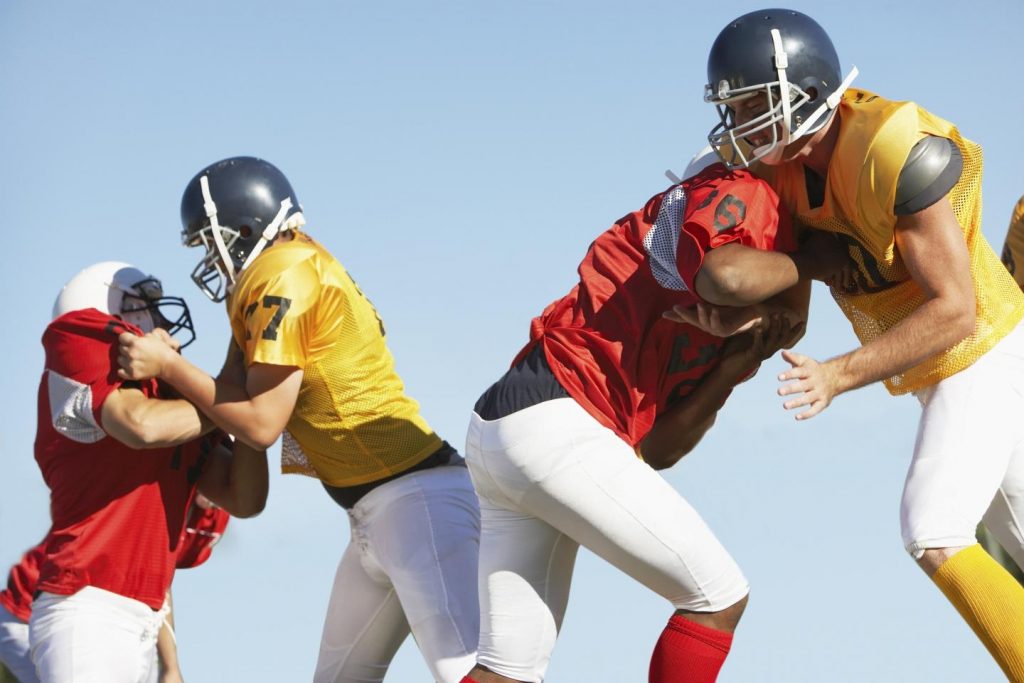 For the first time in the US, a blood test will be available to help doctors determine if people who've experienced a blow to the head could have a traumatic brain injury such as brain bleeding. Until this point, physicians have relied on subjective markers -- mainly patient-reported symptoms -- to make an educated 'guess' on who has brain trauma. The test provides an objective indicator of injury that can potentially be obtained quickly in emergency departments. Photo courtesy of Rochester Medical Center

For the first time in the U.S., a blood test will be available to help doctors determine if people who’ve experienced a blow to the head could have a traumatic brain injury such as brain bleeding or bruising.

Until this point, physicians have relied on subjective markers – mainly patient-reported symptoms such as headaches, nausea, or light sensitivity – to make an educated “guess” on which individuals have brain trauma and require a head CT scan. Particularly among athletes who may hide symptoms in order to keep playing, a subjective assessment is not always reliable. The new test provides an objective indicator of injury that can potentially be obtained quickly and easily in busy emergency departments.

Today, the major study that led to approval of the test was published in The Lancet Neurology. The clinical trial included close to 2,000 individuals presenting with a head injury to 22 emergency departments in the U.S. and Europe. Banyan Biomarkers, Inc., the company that developed the test, is working with its commercial partners to make the test available in hospitals and emergency departments.

“Many concussion patients don’t seek medical care for their injury, a decision due in part to the perception that emergency departments have nothing to offer in terms of diagnosis,” said lead study author Jeffrey J. Bazarian, M.D., M.P.H., professor of Emergency Medicine at the University of Rochester Medical Center. “The results of this study show that we now have something to offer–a brain biomarker blood test. The ability of this test to predict traumatic injuries on head CT scan will soon allow emergency physicians to provide patients with an unbiased report on the status of their brain.”

Bazarian, who’s conducted research on concussions and mild traumatic brain injury for more than 20 years, believes the tool will be valuable for emergency room physicians and reassuring for concerned patients and families.

The test detects two brain proteins that are present in the blood soon after a hit to the head. The new study shows that if the test is negative – meaning that the brain proteins aren’t present – it is highly unlikely that a traumatic intracranial injury exists and that a head CT scan can be safely avoided. If the test is positive, a brain injury may be present and the patient should receive a head CT scan to further assess the damage and guide treatment.

Approved for use in individuals 18 years and older, the test has the potential to reduce CT scans and the radiation exposure that comes with them. They’re commonly used to evaluate brain injuries, but research shows that less than 10 percent of head CTs show any injury. Limiting scans to patients with a positive blood test could eliminate needless radiation; allow people to get in and out of the emergency room faster, and lower health care costs.

The blood test is effective up to 12 hours following injury and picks up the presence of the brain proteins UCH-L1 and GFAP. Bazarian says these are useful markers because they aren’t elevated when someone gets hit outside the head, such as the shoulder or abdomen.

The U.S. Centers for Disease Control and Prevention estimates that traumatic brain injury results in more than 2.5 million emergency department visits annually in the U.S. Falls, sports-related injuries, car accidents, assaults, and combat wounds for members of the military are common causes of brain injury.