Features Leadership Profession
Truth on his side 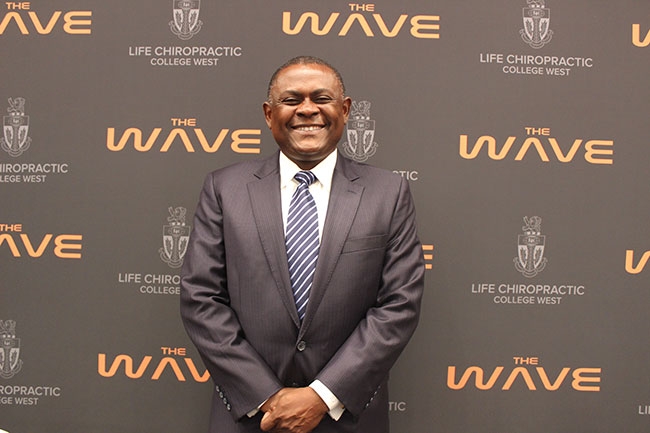 When Ed Cunningham resigned his lucrative post as a college football analyst for ESPN last August, he made clear the reason for his departure: he no longer wished to be at the forefront of a sport that endangers its players.

“I take full ownership of my alignment with the sport,” Cunningham tells the New York Times’ John Branch. “I can just no longer be in that cheerleader’s spot.”

His former NFL teammate Dave Duerson killed himself in 2011. He was later found to have suffered from chronic traumatic encephalopathy (CTE) after an examination of his deceased brain. A recent study of 202 deceased American football players found 87 per cent had CTE in their brains. The study was published on July 25 in the Journal of the American Medical Association.

As Cunningham now refuses to take part in this brain-injury-causing sport, the man who was first to discover the link between CTE and head trauma in athletes is taking things a step further.

Dr. Bennet Omalu, a Nigerian-born American pathologist, wants to educate the world about the brain-damaging risks of high-impact, high-contact sports and wants to put a stop to it. His discovery of CTE on the brain of NFL player Mike Webster and his conclusion that concussions among players are making them sick, is a turning point in his career and set him on a collision path with a giant – the National Football League.

Omalu’s recently released book, Truth Doesn’t Have a Side, is more than just a retelling of his life story. It’s about his personal history and his struggles as a child growing up in a war-torn corner of Africa; but it’s also about his faith and strong conviction on the sacredness of human life.

Canadian Chiropractor sat down with Omalu in San Francisco while attending The Wave conference, where Omalu was a keynote speaker. He has been making the international rounds to promote his new book and hone in on his message: high-impact, high-contact sports cause irreversible brain injuries that children must be protected from.

Following is an excerpt from our conversation with Omalu.

Canadian Chiropractor: Since the movie, Concussion, was released you have been speaking to a variety of audiences around the world. How has your life changed since the Mike Webster autopsy?

Bennet Omalu: There are many aspects of my story, sociologically speaking. ‘How come a foreigner came to America, doing autopsy in America, discovered something in America’s favourite sport? When he published what he discovered, everybody came after him.’ Everybody denied me.

I talk about this in what I call “conformational intelligence” – group thinking. How I was able to face the NFL, a multibillion dollar corporation with nothing in my pocket and I was able to prevail. I don’t really see that as David and Goliath, because what happened was I did my homework and I discovered the truth.

I sought the truth. I found it. The truth is inconvenient. That was the weapon I had. The NFL was denying the truth. They were developing an alternative truth. So that was why I prevailed. I had the truth, the truth of the facts of science and the truths of the facts of my humanity. I was just a messenger of the truth. It’s never been about me.

My discovery changed my path in a way I did not like. Remember, I came to America in search of myself, to be myself, to live a good life, and be the man I was born to be. I thought I couldn’t do that in a corrupt environment like we have in Nigeria. So I came here to live a simple life. And then the work I did was purely innocent. Saturday morning, I was the most junior person in the office so I worked all weekends, all public holidays. I was single.

When I saw what I saw, did my research, I got entangled in the complicated social and political dynamics of America, without knowing it. I was very naïve, as Will Smith would say. It pulled me to some level of prominence that I did not want. By the time I realized it was already too late. There was nothing I could do.

The NFL was attacking me, trying to ridicule me, dismissing me. That was a mistake. I had my survival skills set in and I had to do what I had to do to protect myself and to defend the truth of my message.

CC: What motivated you to go that extra mile in the autopsy of Mike Webster? What made you look outside the obvious cause of death and dig deeper?

BO: To understand why I did what I did, you have to understand my childhood, where I came from. When people look at me, they see the finished product, but the downside of that is that people do not see the struggles, the difficulty that I endured. I suffered depression. I had a very low self-esteem as a child. I suffered malnutrition. My life has always been one struggle or another over adversities. In going through that I discovered the power of faith. I discovered the power of humanity – our shared humanity. I discovered that faith and science are not antagonistic to each other. They actually synergize each other in search of the truth.

That was what motivated me – the truth. I saw myself in Mike Webster, the humanity of my science, the humanity of my faith. I practice my faith in my science, my science in my faith. The autopsy I did of Mike Webster was a celebration of love. I said to him, ‘Mike I think there’s something wrong with you. We don’t have all the answers.’  It’s just like I would say to myself, to my brother, to my wife, to my son, because we are all one humanity. It was not about me.

CC: Since that fateful meeting with Mike Webster in the autopsy table, you have now embarked on a new quest that you feel passionately about – preventing children from suffering brain injuries through high-contact, high-impact sports.

BO: The truth is inconvenient. Many times in our lives, the easiest road to travel is not always the right road. To do the right thing is more difficult. I believe that autopsy has saved and continues to save many lives – especially the lives of our children.

That is my mission now. It’s the very basic tenets of modern society that our children are the most vulnerable members of our society and it is the duty of society to protect them from any form of harm, intended or unintended. That is why at some point in our evolution as a society when we discovered that cigarette smoking was harmful, the first thing we did was ban it so that no child should be allowed to smoke. When we discovered that alcohol damaged the brain, what did we do? We banned children from consuming alcohol.

It has always been my position that no child in America today should be intentionally exposed to the risk of permanent brain damage in contact sports.

CC: What kind of impact do you think the movie Concussion have had on public perception?

BO: Hollywood is a very powerful agent of change in America. The (Concussion) movie made tremendous impact. Without our movie nobody would be talking about CTE today. So the movie elevated the discussion. But the downside of that is because of the Hollywood effect people have now become consumed by CTE. That is now creating some type of obsession and fascination that shouldn’t be. CTE is not the commonest type of brain damage from brain trauma. It’s just one of many.

So why is the debate about CTE? It’s distracting us.

CC: Advocating for the prevention of kids going into these types of sports can be an uphill battle. How is change going to happen?

BO: These are very difficult issues. They can make one very uncomfortable. But like I have said, the truth is always inconvenient. There have been times in the evolution of the American society where, in the fullness of time, change had to come.

We change. We shouldn’t be afraid. We shouldn’t let fear drive our decision making process. We should give up the darkness of the past and embrace the new light of the present, knowing what we know today. It’s not going to negatively impact our society to change for the better.

There are also socio-economic impacts. The country that plays football the most is America; ice hockey in Canada. The fertility rates in developed countries are going down. We are having less children. I came from a family of seven. I have two kids only. Our children have become more precious commodities.

CC: What is the role of health care professionals, in your view, in this shift in sports paradigm that you are advocating?

BO: As health-care providers we are providers of education, information; then we are healers, too, and comforters. So in our duties in providing information we must tell the patient the truth. When you suffer brain damage of any kind, medicine and science have not yet developed cures for most brain diseases … because the brain does not have any reasonable capacity to regenerate itself. We all know that. So what it is essentially is to prevent injury. First, do no harm. When harm is done, the next thing to do is control the harm so it doesn’t progress.

This is not about the NFL or sports. These are corporations, we should leave them alone. Let them make money. This is about our children. Many parents don’t know this. Many parents believe if they buy a $600 helmet that’s going to protect their child. That’s a lie. We need to educate the parents.

Mari-Len De Guzman is the editor of Canadian Chiropractor magazine. You can email her at mdeguzman@annexweb.com.
Print this page